A new dawn… (Originally Posted on 09/02/2016  on Michael’s former website blog) This morning I’m up before dawn, just as I am most mornings lately, except I don’t much feel like working on anything “serious.” Instead, I’ve been sitting here for the... 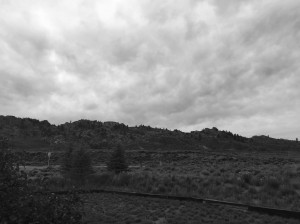 This morning I’m up before dawn, just as I am most mornings lately, except I don’t much feel like working on anything “serious.” Instead, I’ve been sitting here for the better part of an hour drinking coffee and watching the sky shake off its charcoal shadows, gradually shifting from last night’s darkness into a smoky, rainy Friday, and thinking about the changes that have happened in my life these last few months.

Sometimes I wish I would sleep a little longer in the mornings, but the truth is that my mind often races so much that sleep feels like a distraction or a delay from more important things. Like I’m burning valuable minutes and hours I’ll never get back.

Four months ago I was waking up to very similar rainy mornings, but with very little in the way of feeling an actual purpose. I was lonely, lost, and losing my desire to keep pursuing my dreams on a number of levels. Now I feel guilty just sitting here when there’s so much to be done, and I’m thankful for that change.

But I have to remind myself that there’s a lot of benefit in being still sometimes, in sitting and doing nothing for a few minutes of the day. I’m not good at being still. Being present and grateful in the moment is something I’m  working to cultivate. When I have time. Which isn’t often, and honestly, that’s a good problem to have, given recent circumstances.

2016 has been one hell of a year. I’m still not sure if it will go down as one of the worst or one of the best in my life. Lately, I’ve been realizing more and more that this result is ultimately up to me, that it relies on which way I choose to view the things that have happened.  I lost a ten-year relationship and eight-year marriage this year. The wounds from that loss are fresh, though no longer festering.  I still feel them in most everything, though, nearly every day. I still tear up in random moments simply at the magnitude of the loss.

And yet, in that death, I’ve been blessed to find some perspective, most of all on myself and what kind of life I hope to live from here on out.

Make no mistake, divorce absolutely feels like a death. For me, marriage was an experience of such deep intimacy that it felt like it could never be shaken.  But when the time came it died so swiftly that those feelings might never have existed at all, and I came to learn a lot about the ways we all lie to ourselves, that the most important truths in our lives are often the ones we remain blind to until the very last moment. Looking back it’s hard to believe I could have been so out of touch with reality for so long, but that’s a whole other subject.

I can honestly say that without jiu-jitsu I don’t know if I would have survived the summer.  Not that training was a refuge, really, or even an easy thing to keep doing. In fact,  it was the first time in many years where training actually felt hard, like a chore I had to force myself into taking care of. Had I not felt a responsibility to teach my students, I’m not sure I would have kept going, honestly.

Running on little to no sleep and almost no food, there were days I barely managed to make it to the gym on my hands and knees, classes I had to just walk out of mid-sentence because I didn’t want my students to see my tears. There were mornings I questioned whether I even wanted to move beyond this thing, or whether it might be better to just give up. I know how that sounds, and I’m a little ashamed to admit it to anyone, but it needs to be said, just as any truth does, because it’s part of who I am now.

Letting go was the hardest thing I’ve ever had to do, but when it was done I found  freedom in it, an opportunity to find and believe in myself in a way I was never able to do before. I found satisfaction and a sense of dignity that I tried my best to save a thing that was simply unsalvageable, that I didn’t just give up when it got unbearably hard to keep trying. Through this experience I’ve come to understand that we are entitled to do the work put in front of us in this life, but we are not entitled to the results we hope to achieve from that work, even if it’s a lesson I’m constantly having to relearn.

People change. Everything changes, in fact, all the time. Learning to let go with grace is a sign of wisdom, and while I’ve got a long way to go toward that kind of wisdom, I feel like I’m on that path now, at least. Learning to love myself in the face of things that made me question every aspect of who I am is the most humbling and also the most incredible experience I’ve ever had.

I am a flawed person. That’s okay. I’m also a loving, loyal person.  I’m wired for happiness, and it’s something I’ve been focusing on more and more every day, just finding the goodness in small things, and choosing to think the best about other people even when the nasty, traumatized part of me doesn’t think they deserve it, because choosing to think otherwise ends up affecting the way I see myself more than the way I see others.  I can’t accept that approach anymore. If valuable things had to die for me to change, I’m glad that mindset also died with them, at least.

Choosing to see the best in others has already gone a long way toward learning to trust again. Choosing to view myself as a tool to be used to improve others’ lives has brought me back to a sense of purpose. I love teaching, just as I love writing. While writing is the most solitary thing I’ve ever experienced, teaching is the most communal. You might say they are my yin and my yang, one encompassing absolute self-reliance, the other absolute reliance on others. As humans, we are destined to experience both.  Life is a paradox in that way. On the one hand, each life is a solitary journey that must be walked alone. On the other, try doing it by yourself and you’ll quickly see the infinite ways we are hopelessly dependent on each other.

I’m done with any lone wolf fantasies I may have harbored in the past. In this new dawn, even as rainy as it is, I’m ready to be a force for good both in my life and the lives of others. I have no idea where this approach will take me, but I hope it will continue to bring me satisfaction and perspective, and I hope it will help me to bring to others the sense of peace I’m starting to develop within myself. I’m not sure I have a right to ask for much more than that. Hell, when you break life down into small enough circles, I’m not sure there’s anything else left but that. Peace!

Get a free preview of Michael’s next novel, Throwing Off Sparks